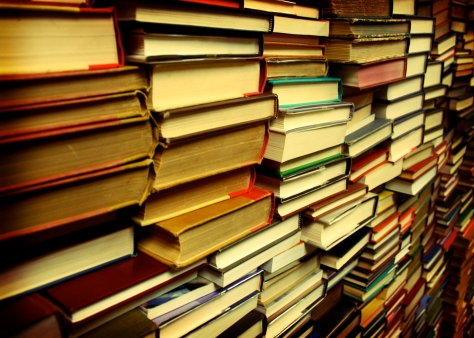 So today I bumped onto a speed test for readers on Dickson Otieno’s blog and thought I must share this.

First, I took the test and failed miserably. I did 72 words per minute. I am 71% slower than the average UK reader.  That means I would read the book- Harry Potter and the Sorcerer’s Stone by JK Rowling in 19 hours and 49 minutes. Or Nineteen Eighty Four by George Orwell in 20 hours and 35 minutes. Here is a book I have not yet completed, The Grapes of Wrath by John Steinbeck, I would read in 39 hours 14 minutes. Ooh!

Here is the App, try and test your reading speed.

I think I might just resort to audio books at this rate. The thing is, no matter how slow, I’m in love with books. Yesterday my neighbour came to my house and on seeing my collection, she asked, “When do you get time to read all these books?” Yeah, I guess I’ll stick to my title- Bookaholic.

Paradise is a shanty where men’s eyes never lift from their draughts, under the jacaranda trees and women are busy with hair and talk, children on the other hand have no choice but to go steal guavas in Budapest due to their hunger.

People in Paradise once had real houses that were demolished by bulldozers, forcing them to come to shanties. The 10 year old Darling narrates how the demolishers even killed a baby in the debris.

Every chapter in Bulawayo’s book can stand as a short story, because she talks of different things related to  the desperate situation in their country- Zimbabwe.  I think the writer uses the voice of a child so as to lighten the issues she addresses.

They live in tin houses and share the same room. Darling narrates how a strange man comes at night, sleeps with her mother and leaves while it’s still dark.

She describes the hunger they feel. It’s as if someone scooped the insides of their stomachs. They steal guavas because of the hunger, even though it makes them constipated.

Mother of Bones, Darling’s grandmother wears mismatched shoes, like a mad woman, yet she is not mad.  She has worthless money in her suitcase that she counts everyday and wonders why she cannot use it.

Children are no longer in school because the teachers left the country.

The Chinese are building a big mall for them, yet they cannot afford to feed themselves.

The NGO people come with their lorries to give them rations of food, clothes and toys. The children as well as parents actually look forward to these moments. They pose for photos all the time, something they have rehearsed only too well.

People are fleeing the country to other countries where there are better prospects. They do not want to remain in  the “kaka” country.

Most men leave their wives and children behind to go work in the mines and forget them. They only come back home when they are sick and dying.

Some are fleeing from the government because they fear being killed. Governments are against democracy. It’s a form of Neocolonialism where the people of the land have turned into oppressors.

This is refereed to as ‘the sickness’, and is something that is spoken of in whispers, showing the shame associated with it. Darling’s father returns home with the sickness and interrupts her life because she cannot play with her mates. She has to look after him and keep it a secret from everyone.

There’s a connection between Mother of bones and her referring to her ‘father’s bones’.

Those who have sought refuge in religion are fanatics. Prophet Revelations Bitchington Mborro, is the religious authority who exorcises demons and extorts money from the already impoverished folk in exchange for prayers.

Darling thinks the god to whom they pray is a sadist who ignores their pleas. So the adults are just wasting their time. Only  when she gets to America, does she reach into the dustbin of her heart and retrieve God, because she has more than enough food.

Chipo is only 11, yet she is pregnant. Her grandfather raped her when her grandmother went to the market.

The girls plan to remove Chipo’s stomach, yet they are clueless. Only one of them, Forgiveness seems to have an idea. She is busy straightening a rusty clothes hunger for the task. This scene raises the hairs on my head because I am thinking what would happen if they succeed. Chipo could die because doctors are not in hospitals. They have all gone for ‘greener pastures’.

Everyone wishes to go to America, yet after they stay there, they cannot return to their land due to lack of papers. Even when their parents die, they can not return to bury them and mourn behind closed doors, fearing to attract undue attention.

In America, they cannot raise their children the way they were raised because instilling discipline is considered child abuse.

People back in the country rely too much on handouts from those ‘lucky enough’ to go to America. Those in America struggle to put up a show that they are prospering, working multiple jobs to send money back home. “Our parents have stopped being our providers, we are now their parents”.

The kin abroad have bought fancy houses for their folk back home, while they live in houses made of planks.

Get your copy and enjoy the humor, while you see the reality in some of our African countries.

We were discussing NoViolet Bulawayo’s book, We need new names, and boy! did the book generate great discussions. And laughter too! I will post a review later. For now, I just want to recount the eating, laughter and bonfire experience we had. It reminded some of us of  the stories we were told by other people, of grandmothers telling them stories beside the fire. We used to listen to these stories with our mouths open wide with awe. We were fascinated perhaps because we grew in Nairobi and our grandmothers never told us fireside stories. You get the gist of my digression, do you?

It is a  unique book club, which was formed by the Daystar University department of Language and Performing Arts. The first time I attended it, I was surprised to sit with faculty members, at a coffee shop discussing a book. As a student, I thought this was an innovative  way to inculcate a reading culture in the university.

We ate roast meat until our stomachs could not take anymore. Then there was the roasting of maize, which Kairetu turned out to be good at. I’m telling you, this  girl might be wasting her talent. (Ever thought of starting a maize roasting business?) The rest (You know yourselves) seemed to be in a competition to make burnt offerings of the roast maize. 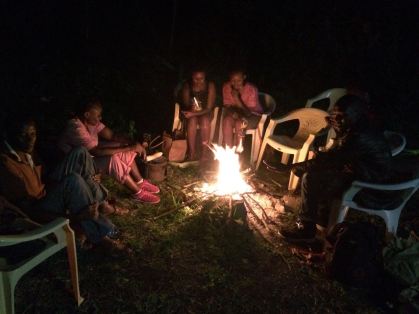 As you can see, the discussions went on till darkness came to send us to our homes. We even left with cobs of maize to show that our intestines were full. Actually:

When we were full we carried our dense bodies with the dignity of elephants- if only our country could see us in America, see us eat like kings in a land that was not ours.– We Need New Names- How they lived.

Here are updates of the page turners that I am currently engrossed in. They may interest you too so you’re most welcome to enjoy them. 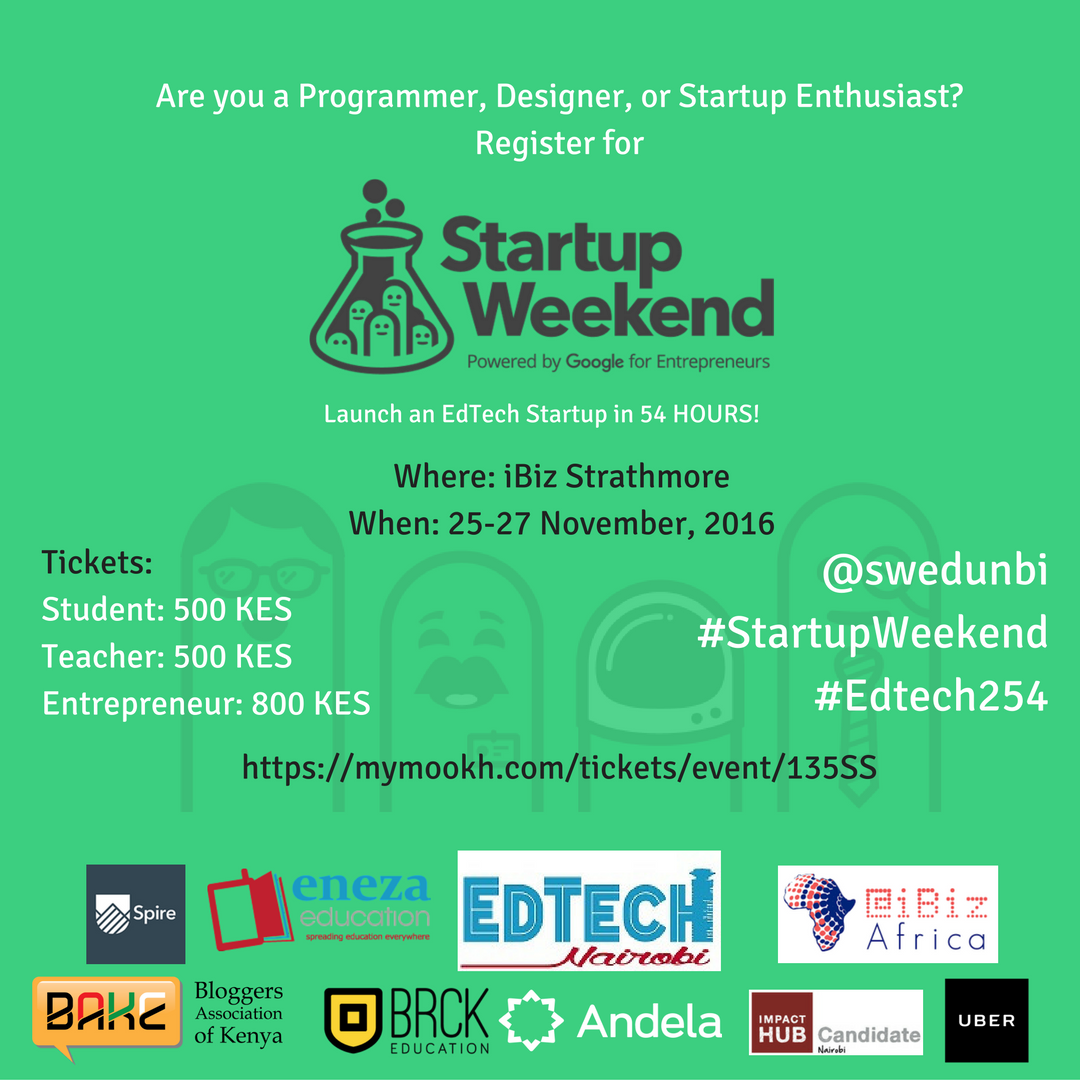 Everything Is a Story

Happiness is a warm puppy. ( pawsitivpcare@gmail.com)

let the pain in. then let it go

It's time to get hella serious about writing!

Assuming nothing; questioning everything

Exploring Kenya one pixel at a time!

It is never that serious